I just had two patties for lunch.  Jamaican patties. My Jamaican peeps here in South Florida and elsewhere do not need such clarification for they know what I am talking about. But the distinction is necessary for those not familiar with this epicurean Jamaican delight. Patties, to the uninitiated non-Jamaicans, are palm-sized portions of ground meat, flattened and shaped into rounds or squares, then cooked and served, as in hamburgers. For those of us in the know though, Jamaican patties are more exquisite.  More divine. They are a kind of pastry made with a flaky, golden-brown shell, and lightly stuffed with a savory, spicing filling.  One of those I had today was filled with spicy ground beef and the other with ackee.

Initially, when I was growing up as a bwoy in Jamaica, the fillings were of ground beef exclusively. Today, you get fillings of all sorts. Vegetables like callaloo, jerked chicken, lobster, curried goat. And the list goes on.  Fillings to cater to meat eaters and vegetarians and pescatarians. Rastafari, and bald-heads. These patties now come with identification markers. So many are the varieties that it is crucial you get the ones you ordered. Imagine ordering a mild beef patty and getting a super spicy hot one, laced with scotch bonnet pepper. So, the super spicy ones come with a red dot on the crust. Red for hot. And those dotted with green. Can’t remember, but those might be stuffed with callaloo. Green for callaloo. I never order those, as I usually go for the original beef.

Patties are a staple in Jamaica, especially for lunch. Patties are a quick pick-me-up snack too.  Everyone’s favorite. School kids, office workers, security guards, housewives. In the days of old in Jamaica, we bought them along with a coco-bread. Coco bread? I am not sure if it contains coconut milk, hence the name, but it is a soft doughy bread, shaped like the patty, and is slightly sweet. It is split in half, and we would place the patty in between to form a sandwich. Coco bread and patty. Both go together.  Up to today. And just like how the filling has grown from only beef, so too has the coco bread been joined by other sandwich makers. One such maker is the bun. A bun is small and round soft, moist bread, brown in color, and made sweet and flavorful with raisins and cinnamon. Some are made like loaves of bread, which Jamaicans have traditionally at Easter, but that is another story. Sliced into halves like the coco bread, with a beef patty slapped in between, bun and patty is a treat! The combination of sweet and savory is tantalizing. By the time I got to high school, this was very a la mode.

And what drink do you have to wash down the patty and coco bread, or bun and patty (don’t ask me why patty comes first in one case, and second in the other…that’s just how Jamaicans refer to the two combos)? Back in the day, it was D&G soda. That was the refreshment of choice, which came in several flavors. Pineapple, kola champagne, grape, cream, orange. My favorite was kola champagne. Nothing could beat the feeling I got when I took a swig after the first few chews of the patty combo, swallowing everything after a complete round of mastication. When I got to high school, the boxed cherry malt drink became my favorite.

Growing up in the country, in Norris, St. Thomas, patties were not an everyday thing, though. There were no patty shops like those in Kingston, which carried names like Tastee’s and Bruce’s. Tastee’s still operates today, along with another now-famous brand known as Juici. And Mother’s, too. We do have Tastee’s and Juici in St. Thomas now. So, apart from the school-made variety in high school, getting Tastee’s from Kingston was a treat. We would get them only when my mother went to Town, aka Kingston, on a Saturday, maybe once a month or every two months. She would take Downie bus in the morning at our gate and head into Kingston to make purchases of the things we never got easily in St. Thomas.

As the time approached early afternoon when Downie made its return trip from Kingston, my siblings and I would start thinking about the goodies she would be bringing home. By about 2.30, we would hear Downie’s engine revving way up across the Yallahs River as it made its way through the hills of Woodbourne, before crossing Easington Bridge and heading to Norris on its way to Yallahs. Sufferer was the moniker of the driver, bless his memory, and he would play the bus horns from the hills, the sounds making music as they reverberated clear and loud across the river and down to Norris. He would tug at the horns with a tune to which we put the words, “A pretty gyal mi waant, a pretty gyal mi waant.” And we would dance not only to the rhythm but also in anticipation of the spoils our mother was bringing home.

By the time Sufferer drew the brakes across the road in front of our house, my siblings and I would already be at the gate, waiting to see our mother exit. With two Grace bags, one hanging from each hand. Grace bags were big bags made of thick brown paper, emblazoned with the Grace logo, and strong enough to hold quite a bit of shopping. Grace was a brand of food items we grew up on in Jamaica, and is still around today. My mother would chase us back into the yard by mouthing the words, “Go back inna di yaad,” accompanied by the look of disapproval that only mothers can form. She disapproved of our congregating at the gate, in full view of the busload of passengers, but we always forgot for some reason.

Once she got through the gates into the yard, our eyes would fix themselves on the bags. More precisely, on the sides of the bags. We would check to see if there was any hint of oil seeping through. The telltale sign of patties! Tastee patties! If there was no sign, disappointment. And if there was, we would get into anticipation mode. Anticipation, for we knew we would not be having any anytime soon. Mothers of the day felt it necessary to teach their kids the discipline of waiting. And patties were prime tools ours would use for that lesson. She would enter the house and park the bags on the floor in the front room. And she would go about her business for an hour or two, while we circled the bags like hawks sizing up their prey, trying to figure out what, along with the patties, she had brought home.

By the time she decided to unload the bags and produce the patties, they would be cold. But we didn’t mind. Microwaves didn’t exist at the time to heat them up. We did not even have electricity during the early days, so it wouldn’t have mattered anyway.  In fact, cold patties were better than the ones fresh from the ovens in Kingston. For, with the edges tightly sealed, there would be no evidence of the heat trapped inside. And so, quite deceitful, with many an innocent lip falling victim to burns that the filling exacted on them after the first, confident bite. If you have ever been burnt by a hot patty filling, I need not describe how punishing it is.

Tastee and Juici Beef patties are among the best. Every Jamaican in the diaspora who goes home usually brings back a dozen or two. Or, if we have friends or relatives visiting us, patties are always in the luggage for us. And though there are a few brands produced here in the USA, none compares to those of home. Of Jamaica. The ones I had today are the closest I have had, and so I will stick to them whenever I run out of those from Yaad.

11 thoughts on “The To-Die-For Jamaican Patty”

This site uses Akismet to reduce spam. Learn how your comment data is processed. 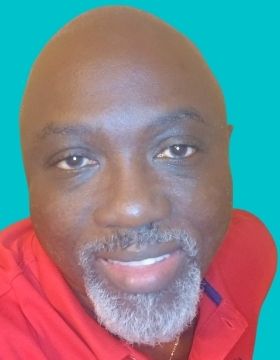 Learning about the Panamanian weather at a flower shop up in the hills of Chiriquí province
Life in South Florida: Enjoying the scenery while fishing.
Dinner was good.
Umbrella-lined street in Boquete, Chiriqui, Panama
Dinner was good.
Sopa de mariscos panamena.
Panama City has some beautiful architecture
Wonderful breakfast!
Let them do it elsewhere!
My Uncensored Self