A View of Life and the World through a Jamaican's Eyes…

It is the last Sunday in March. I am listening to Kool97 FM from Jamaica, as I often do on a Sunday. They play some great oldies all day long. A combination of mostly American and Jamaican greats of the crooner variety. It is now after 10 at night, Miami time, and they’ve just started throwing down some super reggae classics. Dennis Brown is on deck, and I am feeling mellow. About an hour or so ago, they ran a Bob Andy segment, featuring a string of his hits. Bob passed last week, leaving behind a legacy that will last forever. He possessed musical wizardry that helped introduce an iconic genre of Jamaican music during an era not so long gone, the power of which may never be superseded.

As I listened to the classics he sang, and the ones he wrote for others, I was brought back to my youth days in Jamaica. I have memories of a time when life was so sweet, with almost not a care in the world. Living in St. Thomas was simple. We never had much, but we surely had an abundance of what mattered most to create happiness. Not that life is not sweet now, but it is different. It has become fraught with complexities of a magnitude that I never experienced back in Jamaica. Stuff that I never envisaged.

Take, for example, the sci-fi movie we suddenly find ourselves living through today. One depicting a very futuristic life concocted in the mind of a creative genius, full of imagination. It is a kind I could never have imagined myself. What is weird about this movie is that the entire world is watching it along with me. And, even more bizarre, we are all actors in it at the same time, some of us waiting for our cues to jump on set, while others may not get the signal at all.  I can’t wait for it to end, though, for it has turned out to be a reality show, and I don’t want to watch anymore.

Today I decided to take a break from watching the movie. So, I kept the television off. Off so that I would not have to be continuously reminded of what is happening. And I refused to read any of the tons of messages or watch the constant stream of videos coming my way on WhatsApp preaching doom and gloom. Instead, I have been spending time chatting with my wife and son. I tried again to get Milo, my son’s dog, to talk (my wife tells me I will freak out the day I succeed, but I tell her no, and that I will, instead, start bringing home good money for once). I have been surfing the net, pausing now and then to cozy up with the refrigerator. I’ve enjoyed a rum and coke, done a bit of writing, and, most importantly, have been listening to the radio from Jamaica all day long. I have also caught up with a few friends I have not spoken with in quite a while. And guess what? Today has been a great day! With Corona out of my mind, I have had enough space to imbibe some of the simple, free pleasures of life. Without the stress the mere thought of this pandemic can bring.

Don’t get me wrong. I know Corona is a serious matter and so, worthy of attention. But, what can I do beyond follow the guidelines? I have been working from home for the past three weeks and, during that time, I think I have been out of the house about three times only. Just for essential stuff. Once to the supermarket. Another time to take my sister to the airport. And the third time to get some lab work done for a doctor’s appointment I have this week. I practice the precautions recommended, like sanitizing my hands whenever necessary. So, if I am doing all I can, why should I allow myself to be worried? The opportunity cost is too high. The possibility of being driven to fear by continually watching the news is something I have not allowed today, and the result is that I feel great.

Feeling great by substituting the horrors painted by the news with a few pleasures does not merely happen like that, though. But the effort to get to a happy place is worth it. Why? Because there is a psychophysiological phenomenon created by worry that we need to avoid. When we worry, we break ourselves down, mentally, and emotionally. Such breakdown can sometimes become physical, to the point it compromises our body defenses. Our immune system weakens and, therefore, becomes less effective. With Corona in our midst, a weakened immune system is the last thing we should want to have. We want to make sure our defenses are intact and strong enough to stave off any attack of the virus. So, instead of worrying, let us build up our system by focusing on the positives as much as possible. Let us not rob ourselves of the opportunity to recognize all the simple pleasures of life we may have been taking for granted up to now. What things, for example?

Well, perhaps I can highlight a few of the things friends have mentioned to me in the past few days.  One here in South Florida has told me he’s been noticing butterflies. Not just seeing, but also admiring them. Something he has not done in years. This is the time of the year when Monarch butterflies start migrating northwards. Another friend posted on Facebook that the lake behind his house is now crystal clear and beautiful. Yet another, ensconced at home with her husband and kids, told me they are now able to sit together as a family for dinner. Beyond just the weekend when everyone’s schedule did not include coming and going at different times of the day, there being no work and school.

If it were not for Corona, maybe we would not be having the opportunity now to stop and smell the roses. Let’s capitalize on it.

15 thoughts on “Smelling the Roses in a Crisis”

This site uses Akismet to reduce spam. Learn how your comment data is processed. 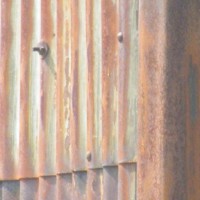 A View of Life and the World through a Jamaican's Eyes...

"My Thoughts, Ideas And Other Mental Problems"

All about living and traveling away from home

A View of Life and the World through a Jamaican's Eyes...

"My Thoughts, Ideas And Other Mental Problems"

All about living and traveling away from home